Manifesto for the Good Life 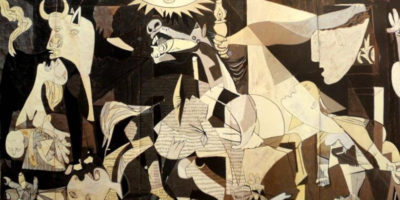 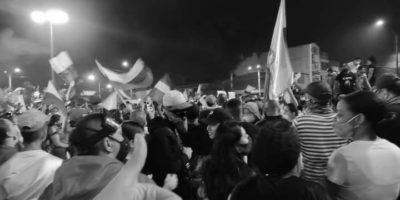 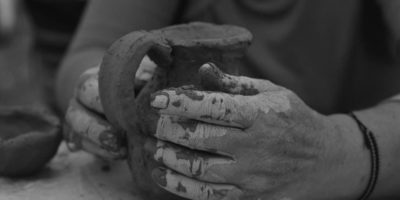 The emerging social priority today is the earth
and we are spokespersons for her pain.
There can be no Good Life without Justice.

Latin America, Africa and Asia make up a tricontinental historically traversed – and in the present as well – by the drama of colonialism. This theoretical category – with profound implications in the lives of peoples – can be imagined as geography impacted by history. Theory and praxis that across history and geography implied different forms of epistemicide, genocide, ecocide, culturicide, feminicide that even the nation-states in their republican and democratic phase have neither wanted nor decided to decline. Societies with their silences have enabled it to continue happening.

Colonialism – although, perhaps, it would be more pertinent to say this word in the plural – determined the loss of vital and cognitive experiences of a huge number of peoples. That is: the destruction of their own knowledge and highly significant portions of their population. And the Latin American XXI century itself (and, more specifically, Indo-American) is still governed on the basis of an active colonialism in the mentalities and subjectivities, in the cultures and in the epistemologies that are synthesized in the majority of the States that make up our continent, and that they deprive us of access to knowledge that today should be in dialogue with the hegemonics in the search for solutions to the problems we face.

When we say colonialism, we mean a singular social formation defined by the foreign invasion of a native population forced into super-labor exploitation, political domination, and social oppression. Despite this general definition, distinctions are needed to contextualize “the colonial”, a macrocategory made up of at least two subunits: colonization and colonialism.

Colonization is the process of expansion and factual conquest of the colonies, the subjugation of another territory through force or economic superiority. Thus, colonization indicates a movement of aggression that tends to consolidate a differentiated and polarizing system, since it expresses the will to control, manipulate and subordinate a different, alternative or new world. And it expresses an unequal exchange between various types of power: between ideas about what “we” do well and “they” do not know how to do or do wrong. Colonialism (or coloniality, some will say) is instead a cultural and political reality. It indicates the doctrine and political-institutional practice of colonization. It is possible to imagine it as a systematic organization of domination that has endured over time. In its most general form, it is the institutionalized domination of an imperial or colonialist state over peoples belonging to “distant” civilizations. In this sense, it indicates the political, administrative, financial, economic, commercial, military and cultural domination of an occupier over an occupied people, residing in a territory more or less distant from a metropolitan area.

These theoretical categories, elaborated by languages, have an impact on cognitive forms and therefore on political forms. And they touch the sensible forms of the power of decision. Many Latin American states are proud to have become independent from the colonial yoke, but they have inherited and multiplied colonial inheritances and practices through their voracious capitalism, their patriarchal inclination, their ideas of modernity as progress or development that does not repair the irreparable damage that it produces. Others, on the other hand, with sagacities, dialogues and other patience have managed to escape – at least in some of its folds – from that constitutive condition of the nation-states that make up our continent.

In the pandemic Argentina of the 21st century, a movement of Indigenous women is vibrating in the present an accumulation of historical struggles of at least 500 years, putting the colonial condition of the nation-state in crisis. It does so by appealing to a word that cuts a gash in the fabric of the language – and therefore in the cognitive and political forms -: terricide.

Terricide is a figure of synthesis. Of epistemicides, genocides, ecocides, culturicides, femicides that have occurred throughout the history and the colonial present of our continent. It means the systematic extermination of all forms of life, which concern both the tangible and perceptible ecosystem – the animated beings of a forest for example – and immaterial aspects, be they cultural, linguistic or sacred.

Terricide is genocide because there was and is a drive to systematically exterminate Indigenous peoples on the part of the nation-state, a drive concentrated in its repressive forces, so as not to elaborate. Terricide is ecocide because entire territories are indiscriminately destroyed and contaminated -the forest, the mountain, the jungle, the wetlands, completely devastated, in an irreversible way-; destructions perpetrated by companies that are invading and violating the territories with the expansive forms of an economy of death. Terricide is epistemicide because with colonization, the ways of understanding – understanding and conceiving life on the part of Indigenous peoples – have been eliminated. And today this oppression continues to be perpetuated through oppressive religions that with their rituals snatch the possibility of preserving and transmitting the forms of ancestral spirituality and sacred spaces for each people. Terricide is feminicide due to the systematic murder of female bodies-territories, the result of social relations typical of cruelty and private gain.

They are the States and those governments incapable of imagining life beyond their own colonial practices, languages, cognitive forms and policies. And that with their policies and agreements contribute to the destruction of the earth and everything that inhabits it.

They are also the extractivist corporations that perpetuate oppression and apply it to the peoples who maintain reciprocity and harmony in and with the territories. And that they do so by trivializing or avoiding the obligation to implement the consultation and obtain the prior, free and informed consent of those who will suffer the disasters that occur in the environment.

Indigenous women demand that the acts of terricide be tried and sentenced. That terricide be codified as a crime against nature and against humanity, and that it be imprescriptible because, when it is implemented, both human and non-human life are murdered, without discrimination or consideration. And that is a demand that challenges us all, our future and that of generations to come.

As these walkers tell us,

“Indigenous Women for Good Living are a plural movement made up of Indigenous women from the 36 original nations. With the word terricide we also name our pain and the devastation suffered by the territories, our spirituality and our bodies, because in it all the ways of murdering life that the Western system has are encrypted.

Our movement walks the country from its extreme north and from its extreme south. We want to provoke an awareness-raising meeting to show that Argentina is a country inhabited by a plurality of Indigenous nations and peoples. We consider that the Argentine State is an invading state that, far from administering with wisdom and solidarity, has invaded the people and its territories, plundered, polluted, and destroyed them. That State shows an absolute dependence on the extractive and murderous corporocracy that centers its power in other parts of the world.

We walk to propose a new civilizational matrix that brings us closer to good living as a right. We walk to make visible that there can be no good life if there is no justice.

Our walk is a form of utopia. We will arrive in Buenos Aires on May 24 to give the first cry of freedom for the peoples and territories. And we already know that we will have to go back, insist again, reflect thought and language to build a truly free, just, human society, in which good living is a fact of the greatest human importance.

What do we Indigenous women demand? That the TERRICIDAL ACTS be JUDGED and CONDEMNED. That TERRICIDE be considered a crime of against NATURE and HUMANITY. An attempt is made to assassinate human life as well as non-human life, without discrimination. We demand that terricide be an imprescriptible crime.

That is why we say, “As long as we do not have justice, for them there will be no peace.”

The Movement seeks to articulate a tool promoted by Indigenous peoples – in dialogue with those sensitive actors from the government and society – to identify and condemn the subjects responsible for the terricide, and fight with the objective of achieving justice.

This manifesto makes the demands of the Indigenous Women’s Movement for the Good Life its own, and invites its dissemination, accompaniment and multiplication. It is necessary, in the inevitable sense, to build a society where Good Living as a right is possible.

We fight against Terricide, for the affirmation of Good Living and for the recognition of the plurinationality of the territories. 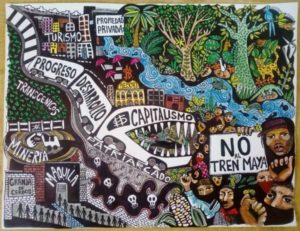 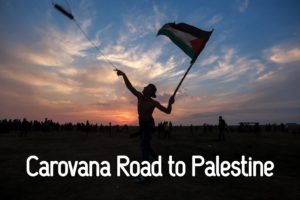 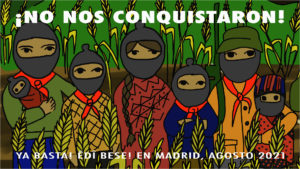 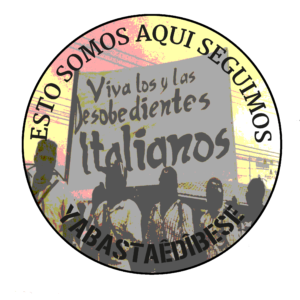 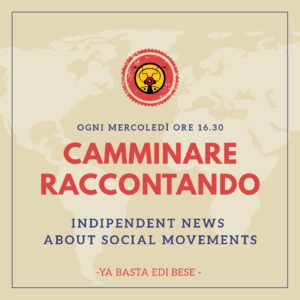 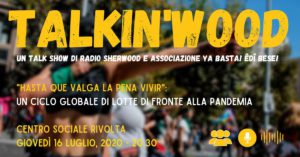 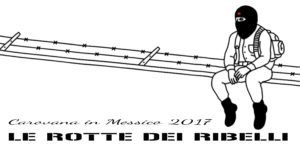 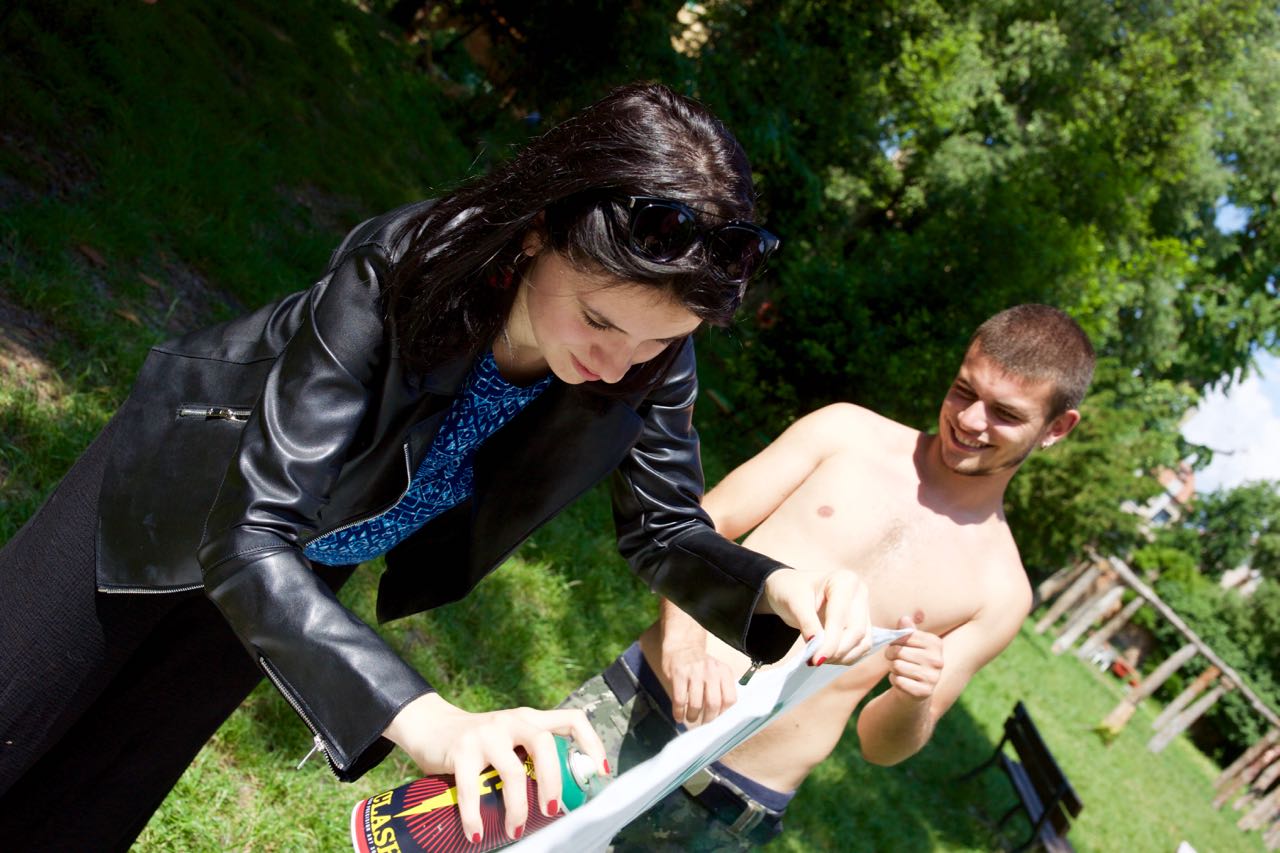 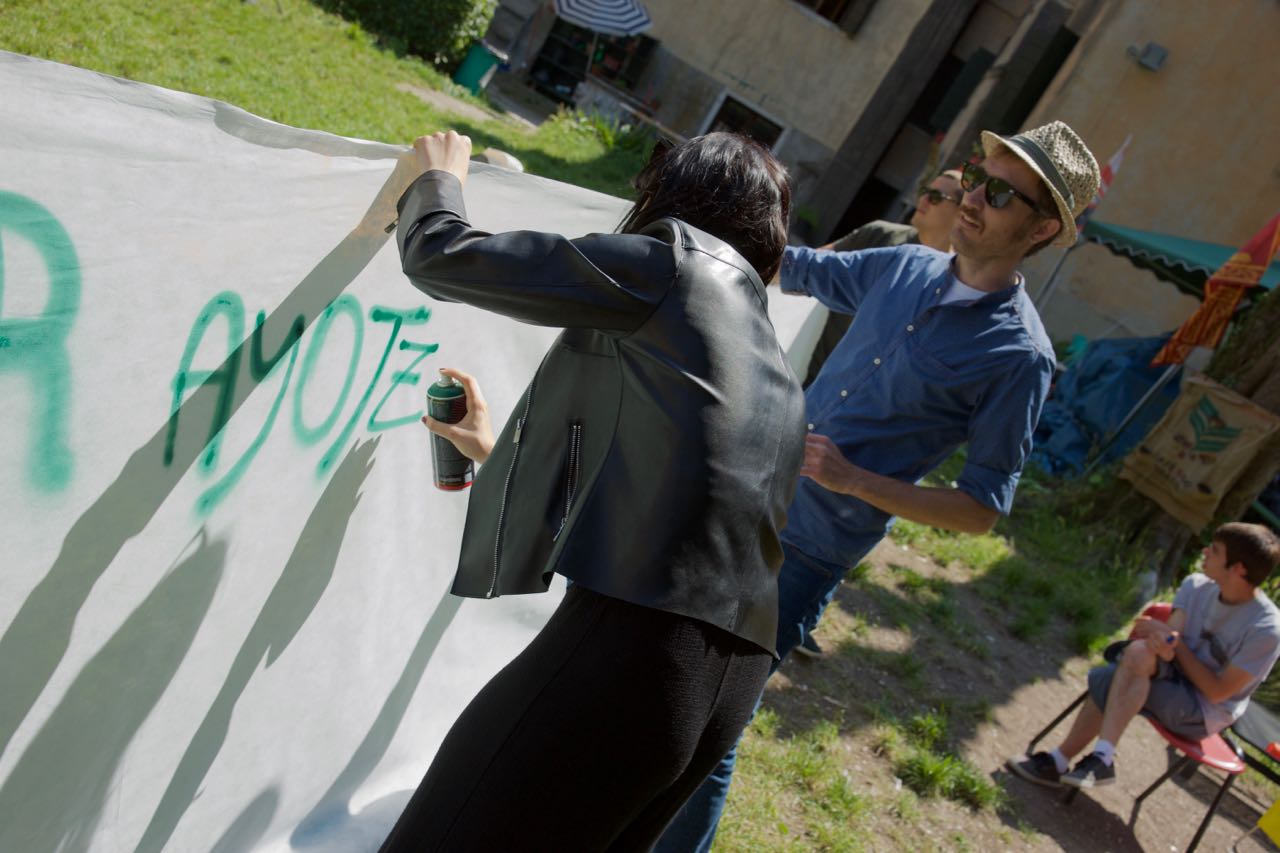 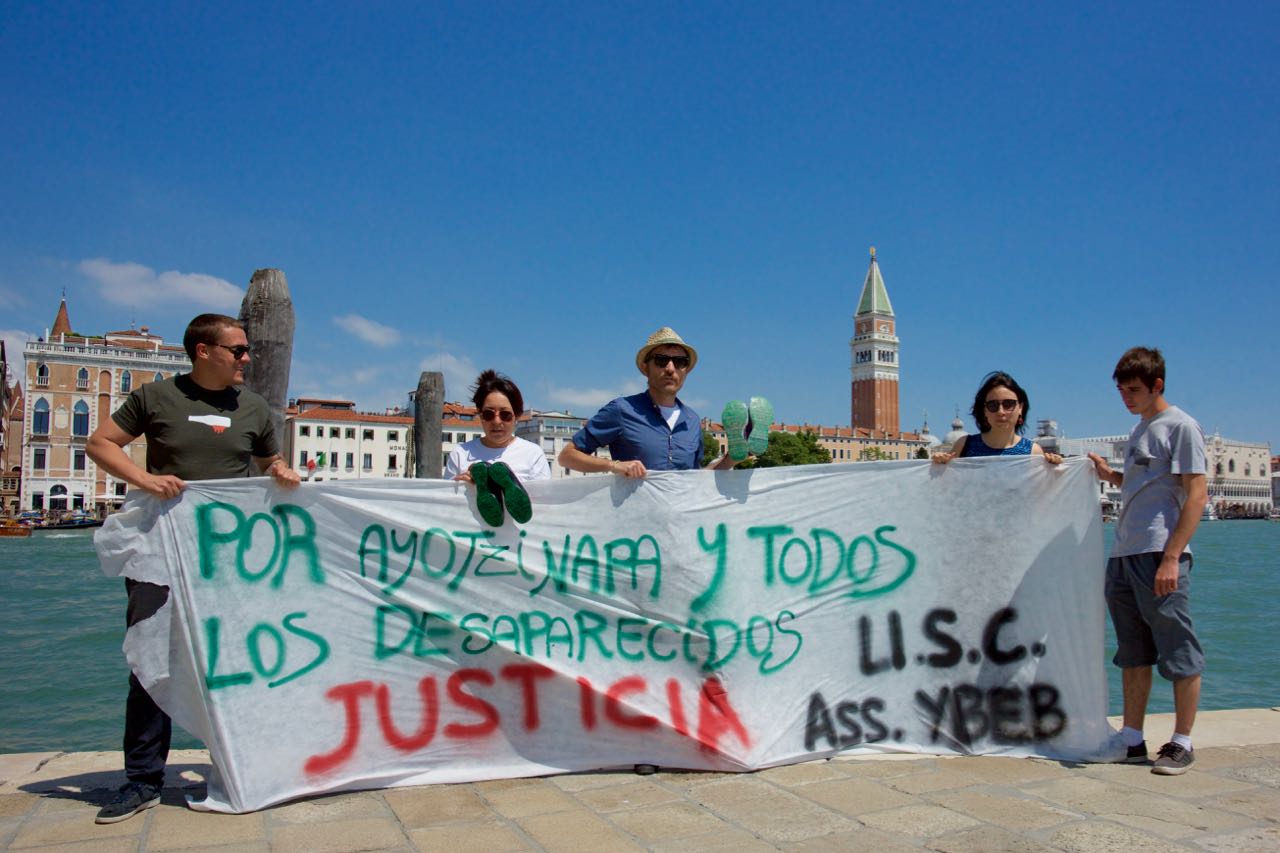 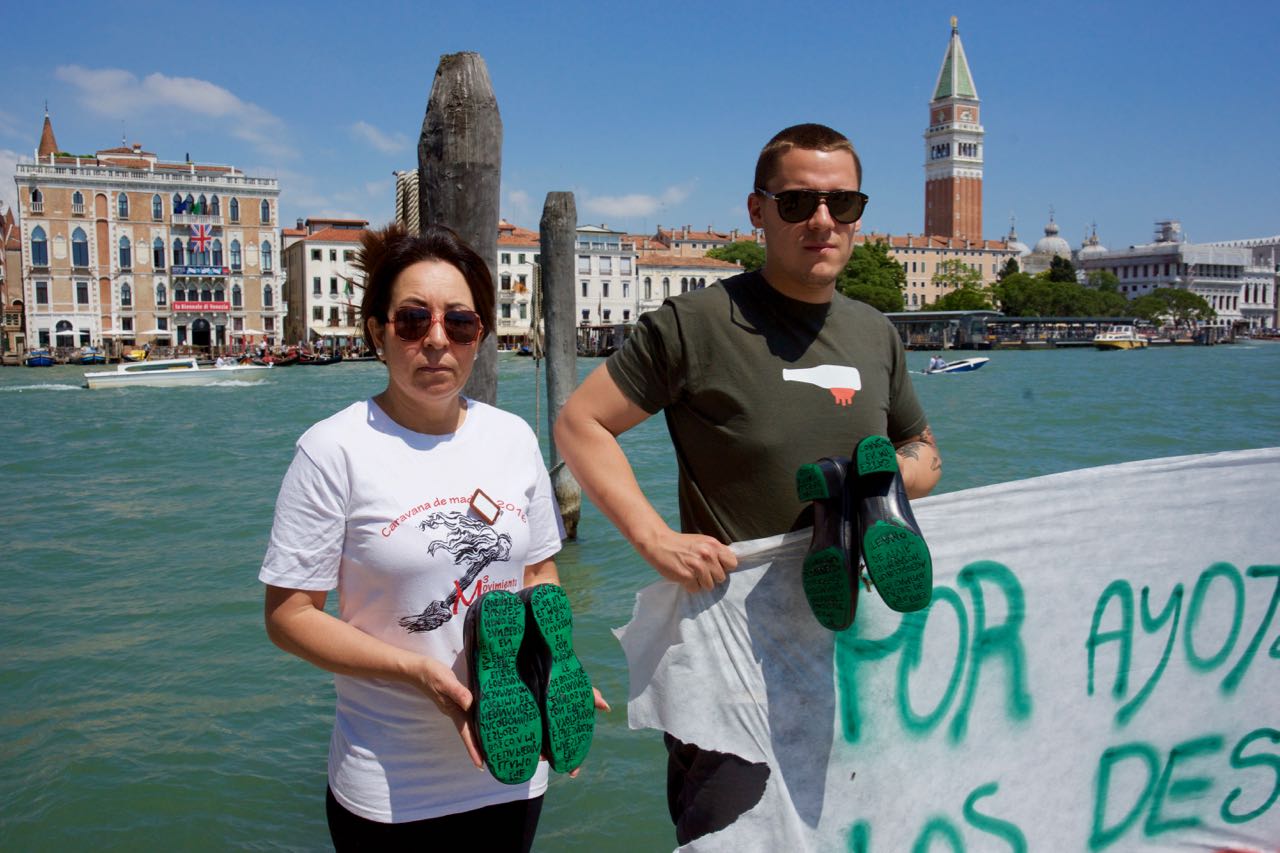 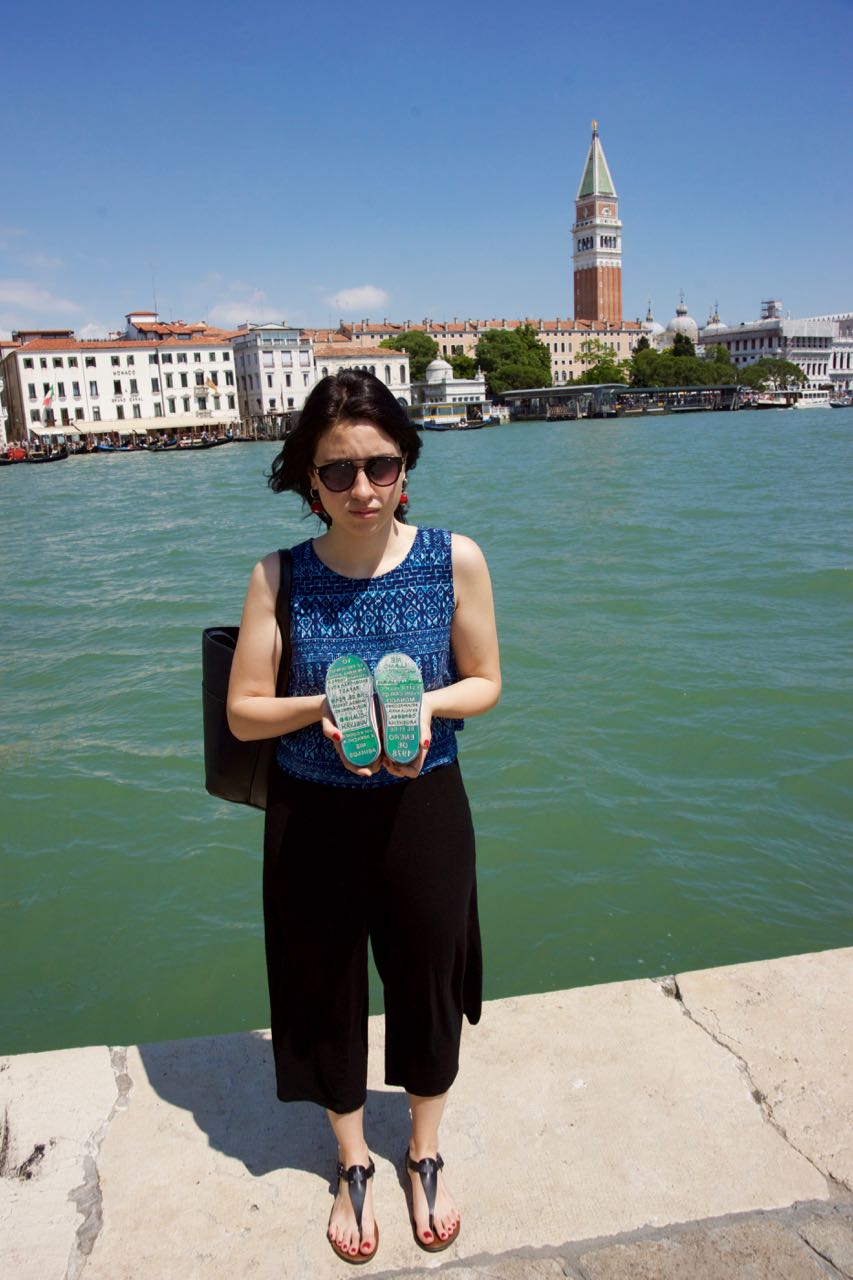 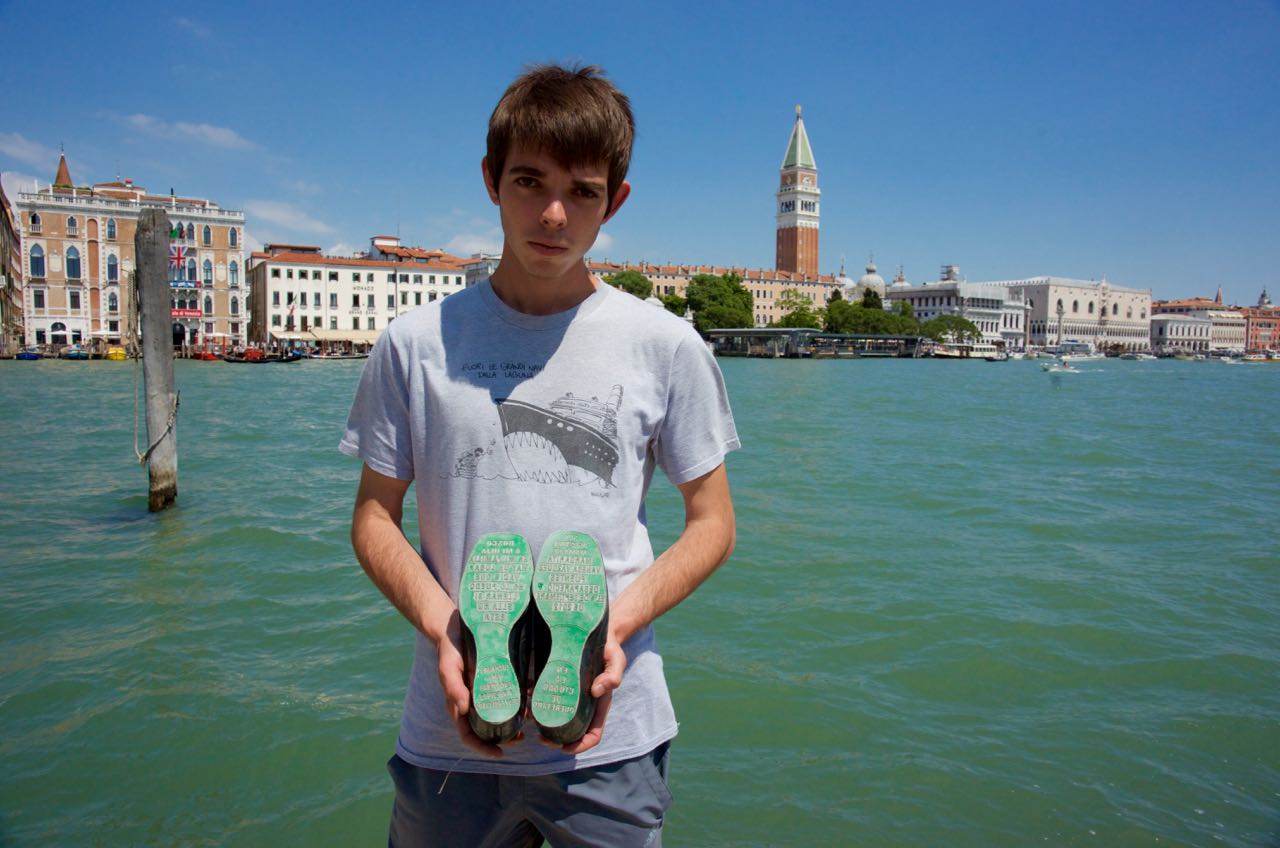 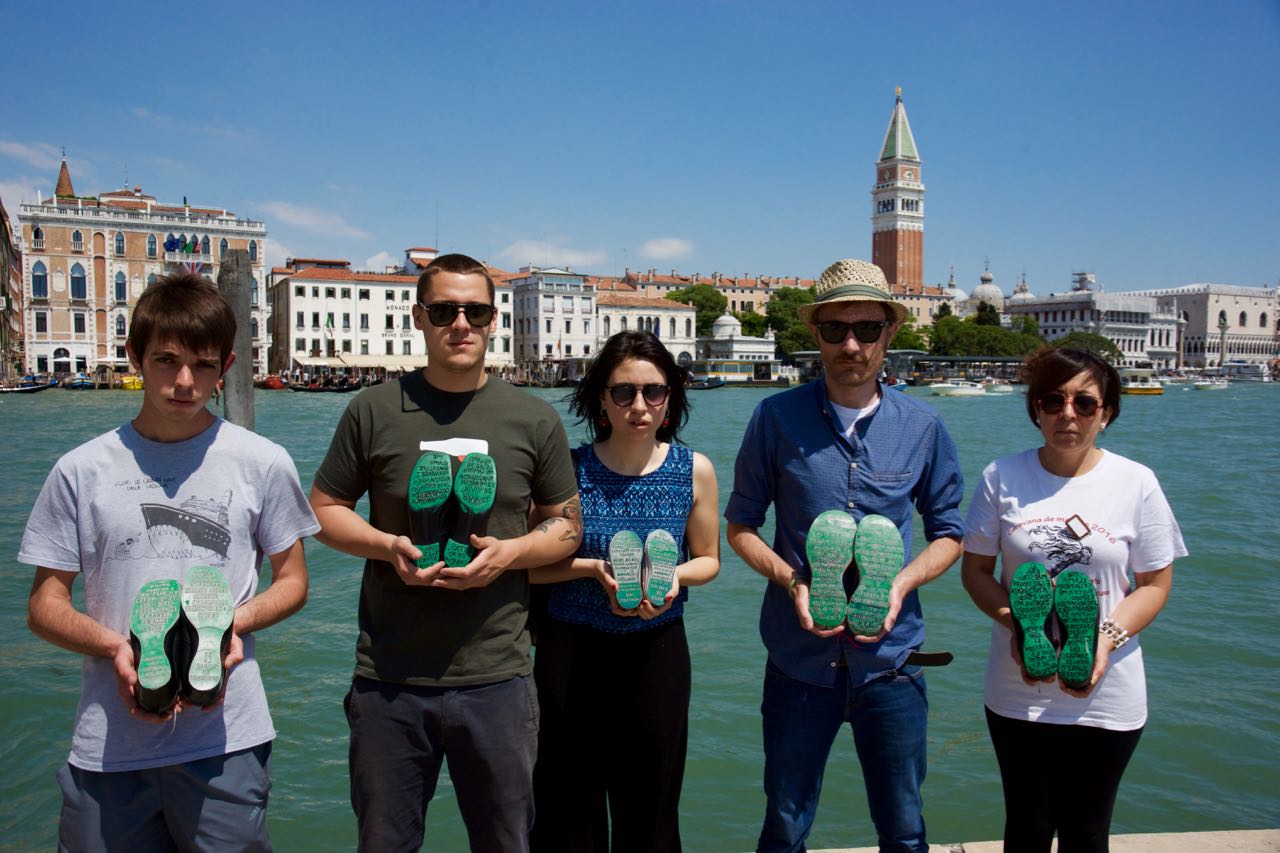 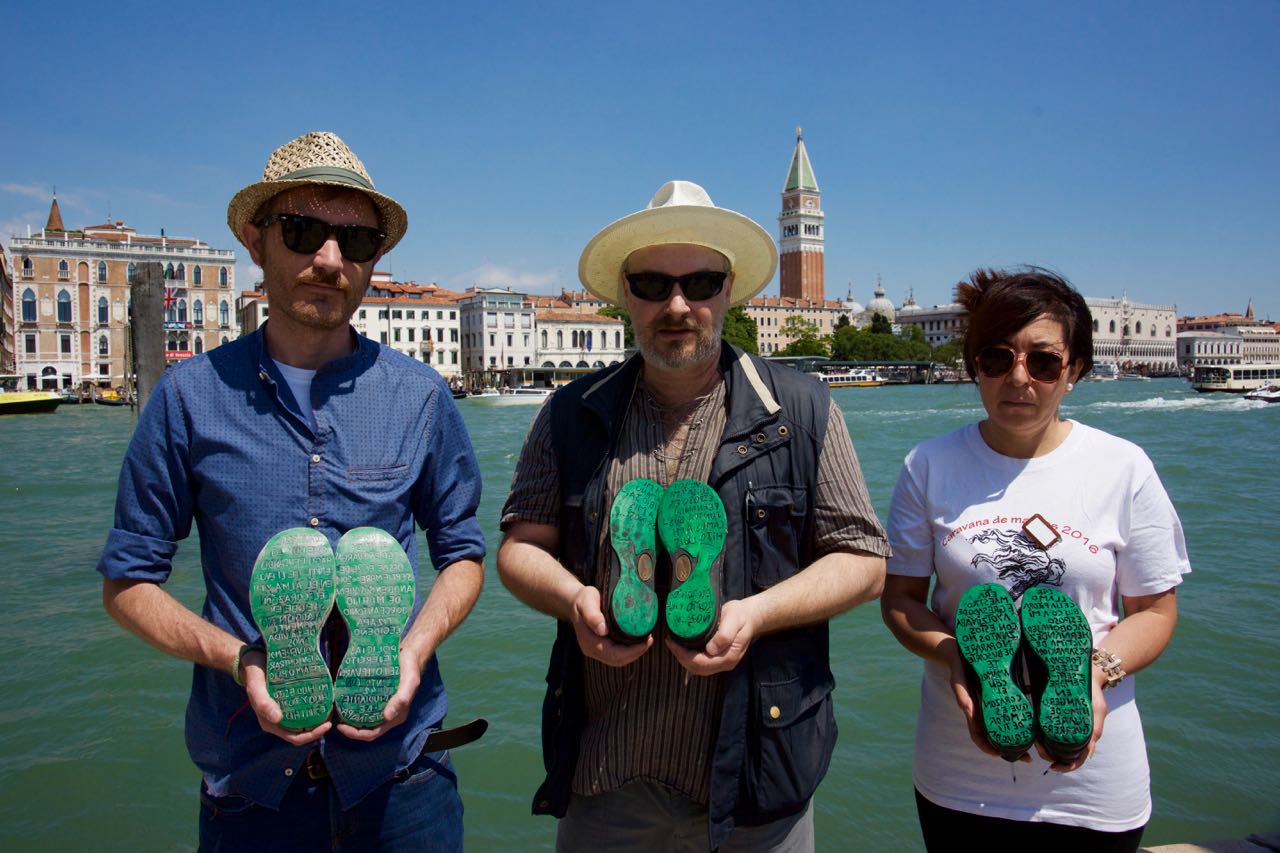 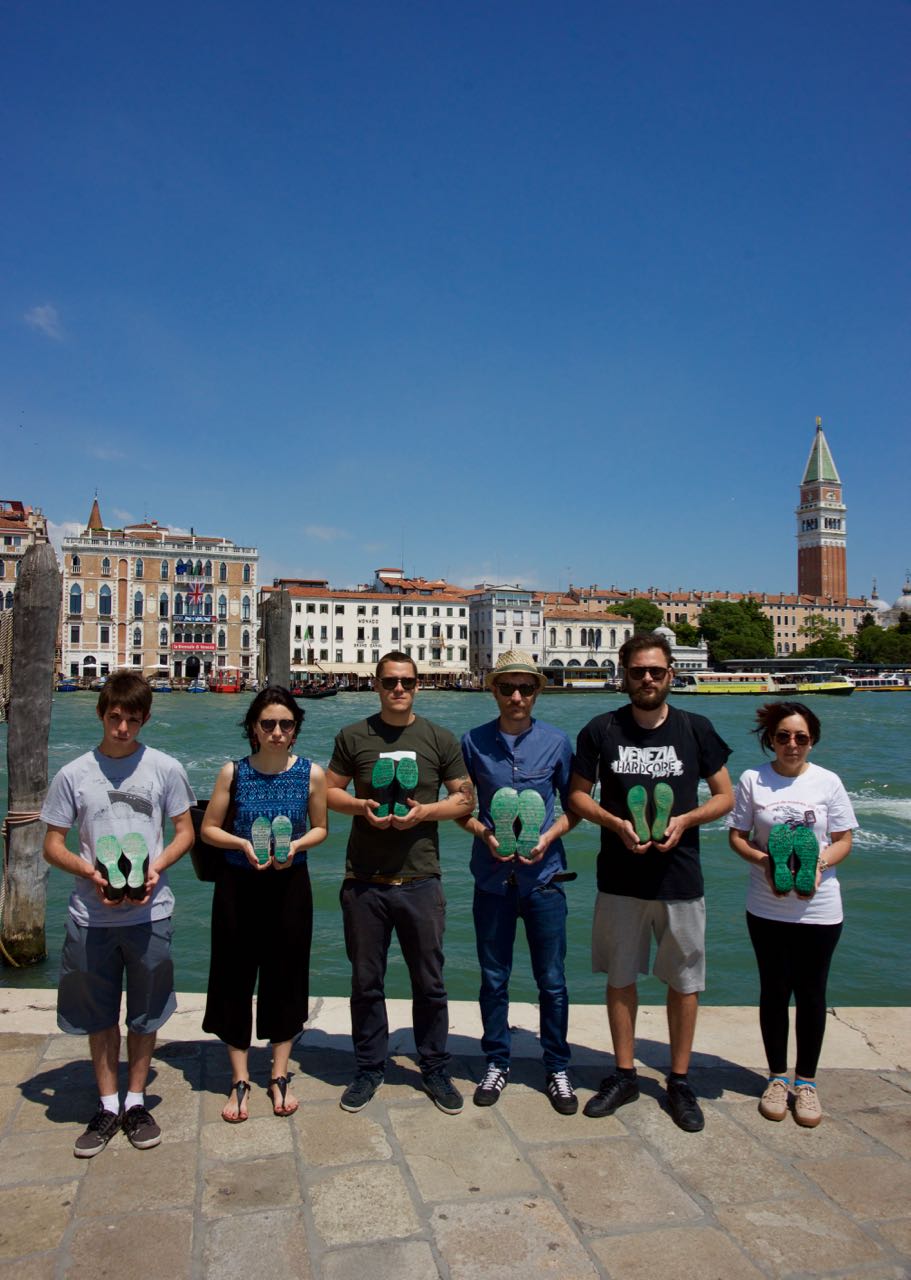 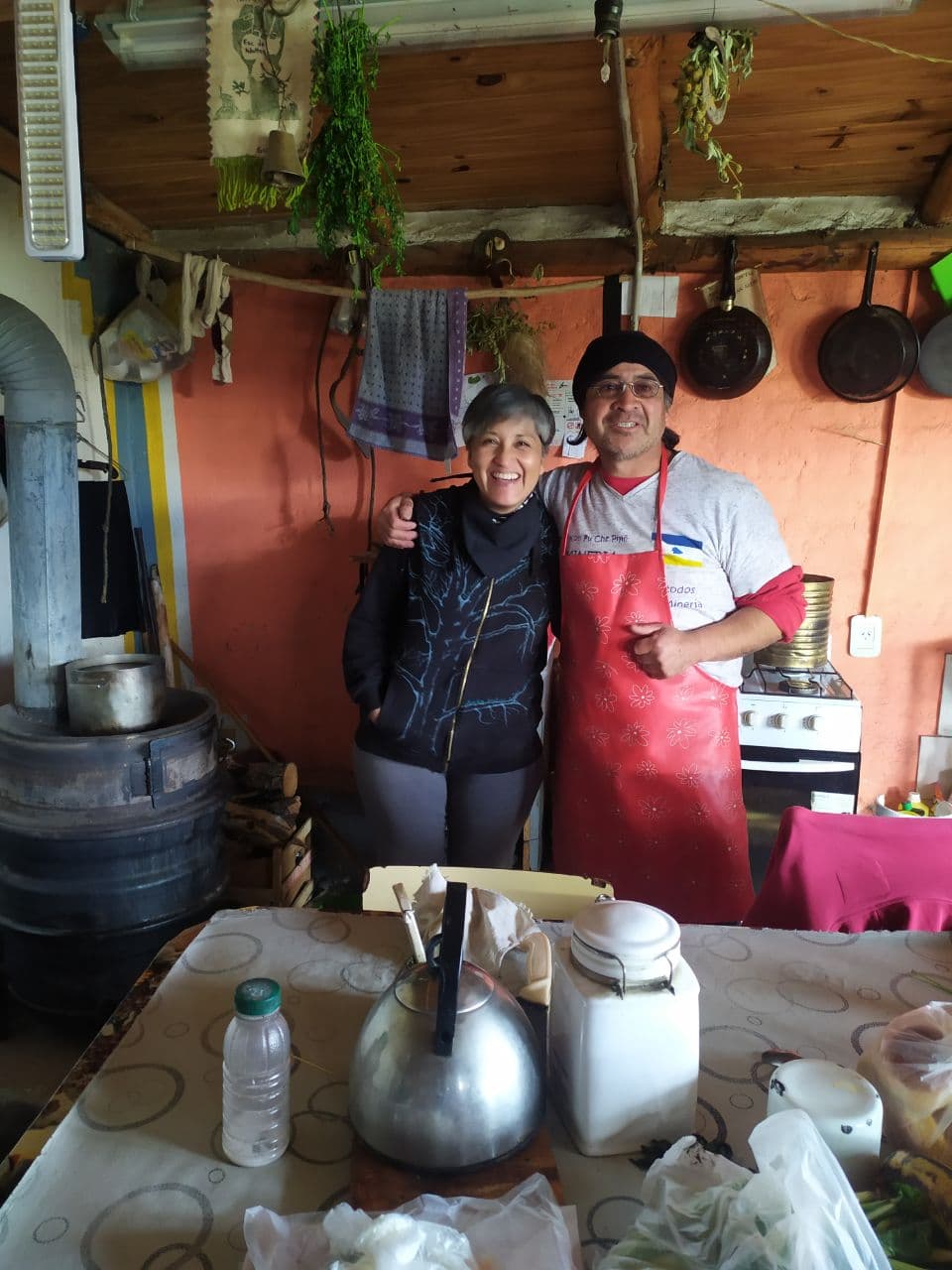